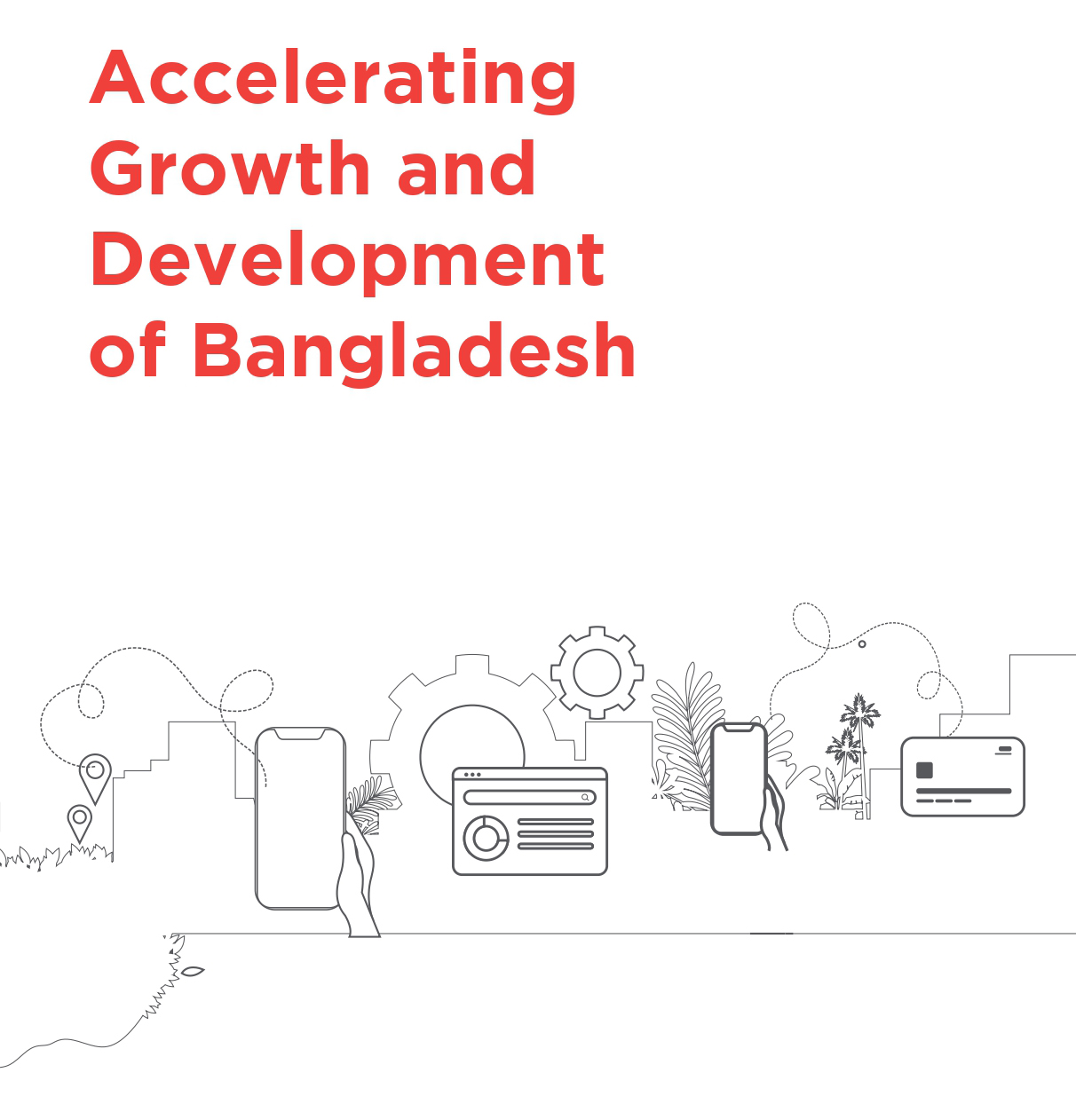 Drawing strength from our vision to sustain our advocacy of a better Bangladesh with a brighter future, we are focused on championing causes and facilitating policies that enhance the vibrant participation of the diverse private sector. FICCI, as a key economic partner of Bangladesh, has embraced a number of spirited actions that express our core priorities, and we aim to continue to engage in bringing forth purposeful change through working more closely with the Government, through streamlining and enabling cross-border trade and investment, through disseminating useful research-driven market intelligence and through supporting regulation that benefits our membership and the wider mercantile ecosystem. Hence, with an eventful past, an energetic present, and an exciting future, we are focused on bolstering our reputation and position as a key developmental partner of Bangladesh and growing with our glorious nation.

The Foreign Investors’ Chamber of Commerce & Industry (FICCI) was established on the 1st of July 1963 in the port city of Chittagong, under the name of the ‘Agrabad Chamber of Commerce & Industry’. Interestingly, at that point in time, most of the foreign companies, primarily British, had their establishments located in the coastal region of the country. Subsequently, after the emergence of Bangladesh as a sovereign and independent country in 1971, it was felt that FICCI’s office should be shifted to Dhaka, the capital city of Bangladesh, for practical reasons, and that the name of the Chamber should be suitably modified to reflect the evolved identity, taking into account the inclusion of foreign companies located outside the Chittagong region. Consequently, in June 1987, the Chamber assumed its present name, i.e. the Foreign Investors’ Chamber of Commerce & Industry (FICCI), and had its office shifted to Dhaka from Chittagong.

OUR SCOPE AND ACHIEVEMENTS

Renamed, revamped and re-energized in its rich 58-year legacy, FICCI has emerged as a renowned institution and a powerful voice backing sustainable economic expansion in the face of an ever-changing business environment. Further, with several pride-enhancing achievements over the years, the Chamber has made lasting contributions to the cause of elevating its members’ interests and allowing them to conduct business in the country effectively, seamlessly, and in a simplified way. Importantly, FICCI’s resilient efforts to improve the investment climate of our home country and allow its members to conduct business with ease has earned the Chamber the rare distinction of joining the league of global Chambers. FICCI was invited by the former U.S. Secretary, Hilary Rodham Clinton, to the Global Business Conference in the U.S. State Department, Washington DC. Such incorporation allowed FICCI to understand global best practices and policies in terms of trade and business and benefit its members through knowledge-sharing. FICCI is affiliated with the Federation of Bangladesh Chambers of Commerce & Industry (FBCCI) as an ‘A’ class Chamber and is also the founder member of the Bangladesh Chapter of the Paris-based International Chamber of Commerce-Bangladesh (ICC-B). The Chamber also liaises with the International Trade Centre (ITC), Geneva, and the World Trade Organization (WTO), Paris. Further, FICCI is also represented in various consultative and advisory committees of different Government ministries and agencies and has been able to establish itself as a positive force working relentlessly for the benefit of the nation and its affiliate members. 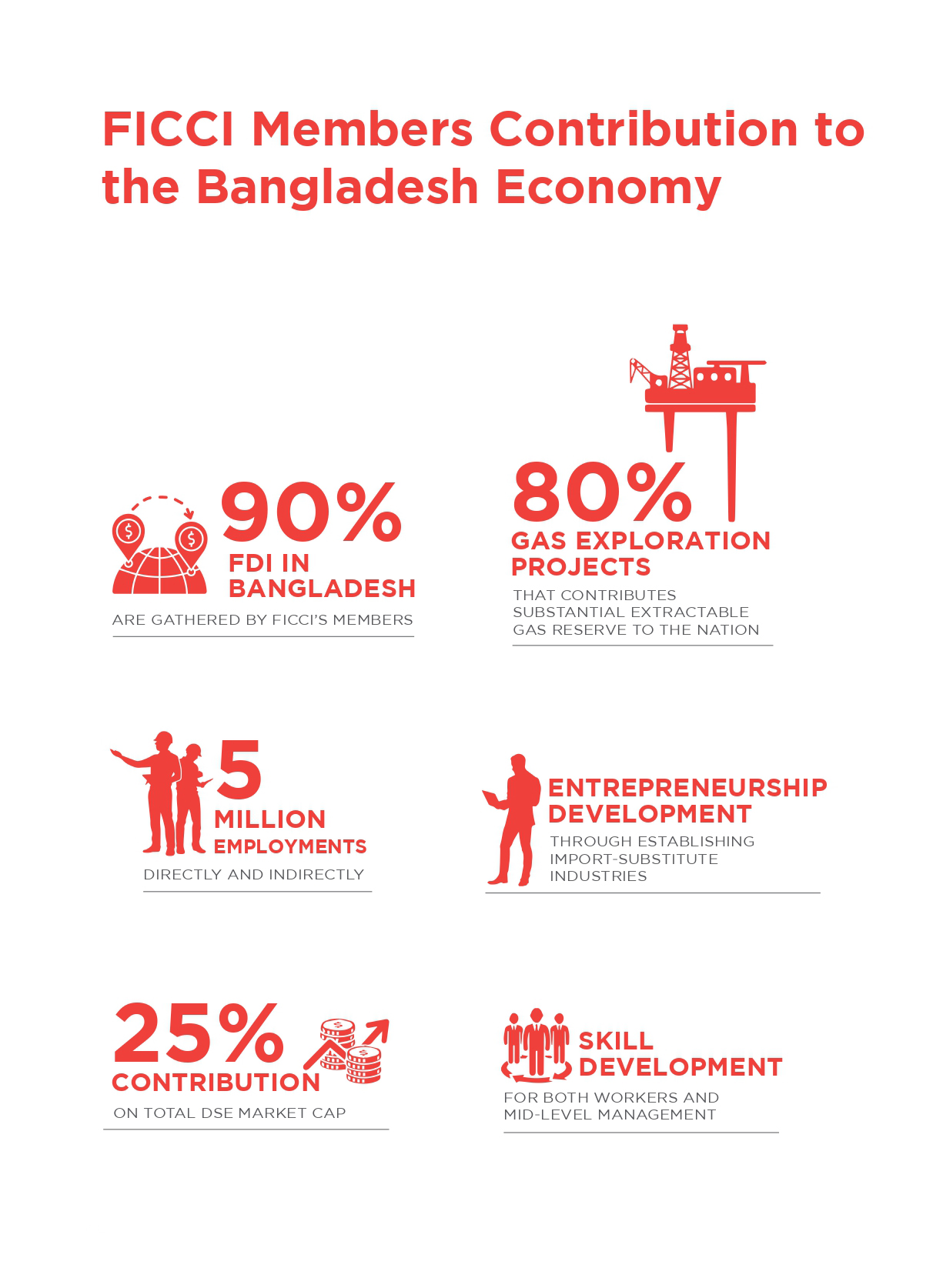 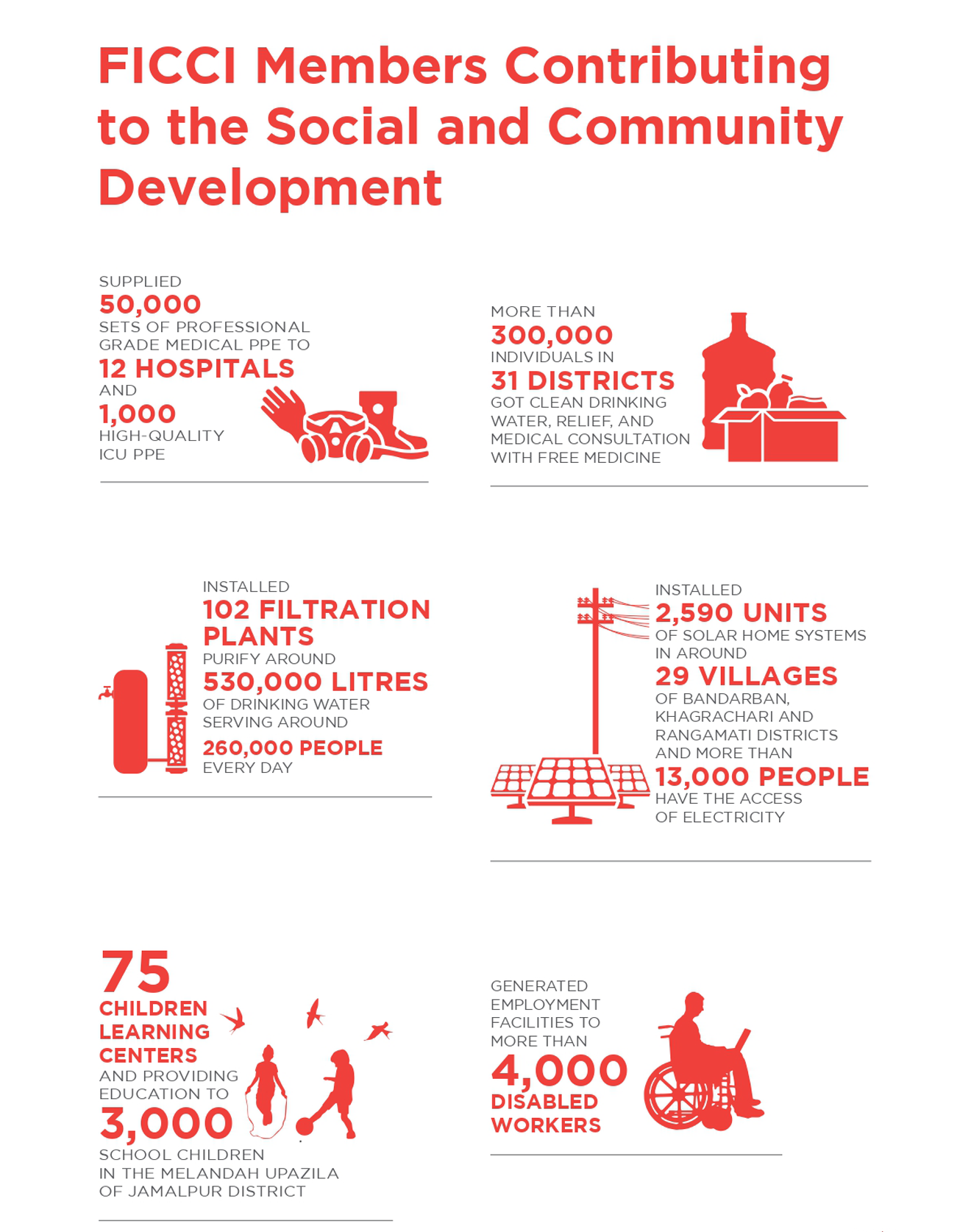